2018 has been the year I finally attended the NAMM (National Association of Music Merchants) show in Anaheim, California for the first time. Held at the end of January, it’s the first music-related show of the year and the largest, as well as the broadest in scope. The footprint of the show is huge, as it sprawls through several campuses, all hosting a seemingly infinite variety of seminars, talks, press conferences, networking meetups, live concerts and more. The main building is the Anaheim Convention Center, with gear halls on the ground floor, basement and part of the upper floor, and vast seminar/quiet rooms on the rest of the upper floor; in addition, the show continues in hotels and venues next door. The entrance to the complex is a garden which provides, with its palms, fountain and some seating, a pleasant common area for rest and relaxation.

Just look at the large-scale map!

My photographic documentation of the show is way too vast for a single blog entry. Part 1 of my NAMM series was about the new lefty Dingwall Combustion NG – let’s now go back to the beginning, and have a look around at the place itself in Part 2, before focusing on bass-related booths in Part 3. Part 4 will show a selection of weird and wonderful, not necessarily bass-related, instruments and devices.

The following pictures are mainly of the ground floor, Halls A, B, C and D. Even with the best intentions, I wasn’t able to visit the entire show, let alone take acceptable quality photos of it. Bear in mind that even the images containing people shown here were taken at quiet times: at busy times, there was barely space to walk in the aisles, and no real possibility of photographing the booths. 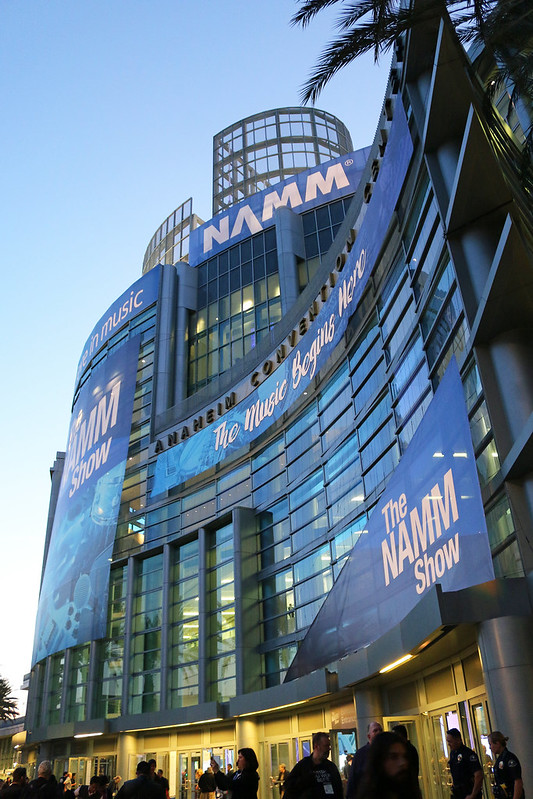 ‘Excuse me, what’s the name of the event being held here? I can’t see it anywhere…’ 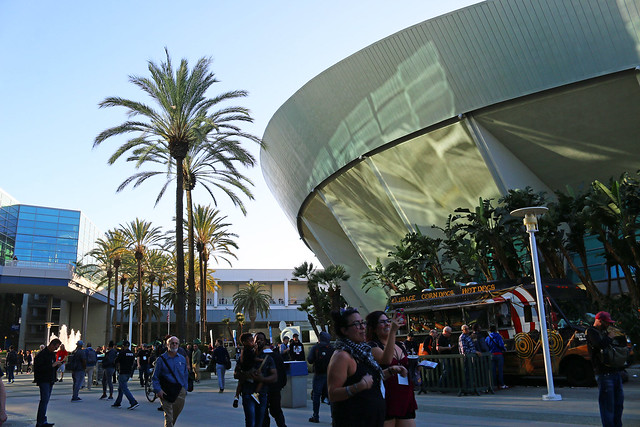 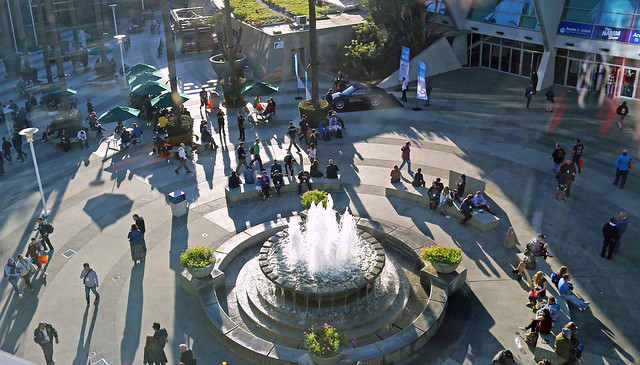 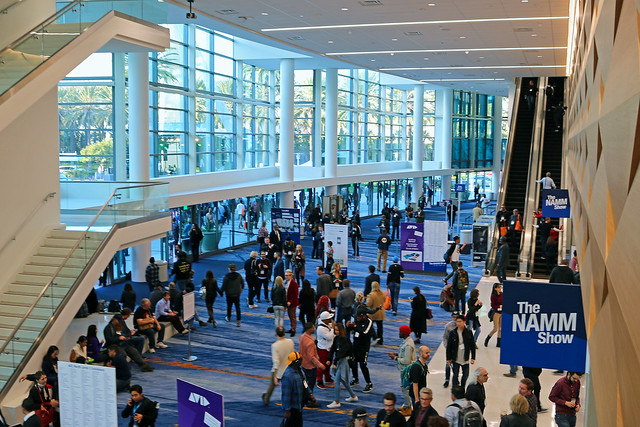 Equally nice in the evening, when you’re knackered but refuse to go home. 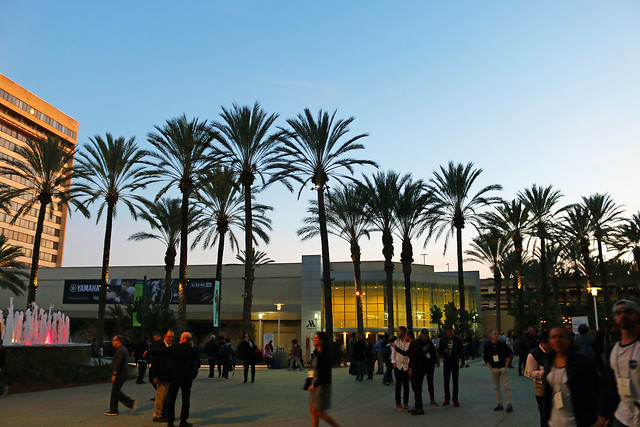 Some shots of very large gear halls, cute orange vehicles, last-minute checks, and empty isles and stands, before everyone else gets in. 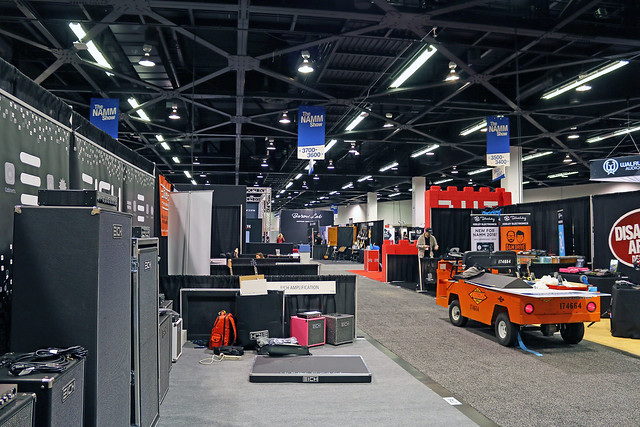 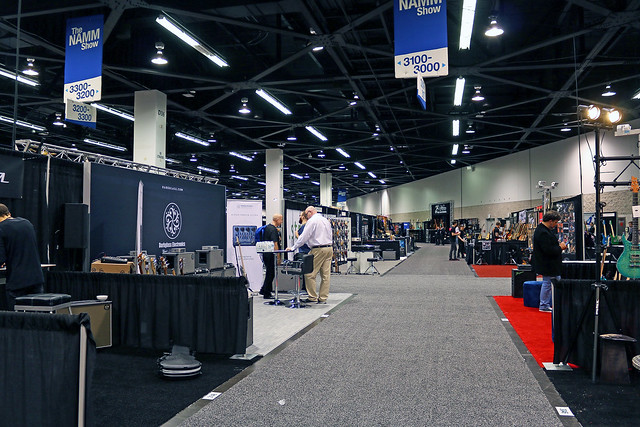 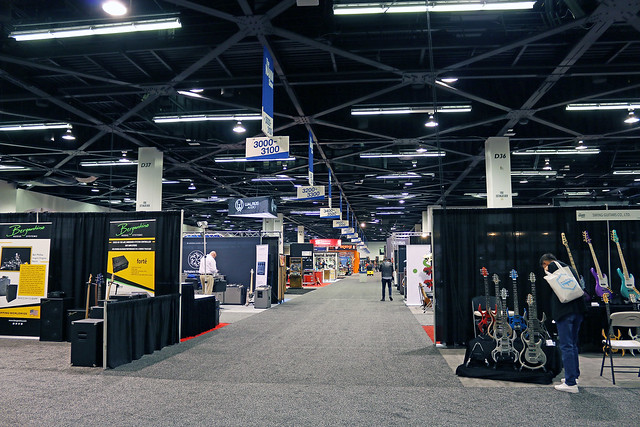 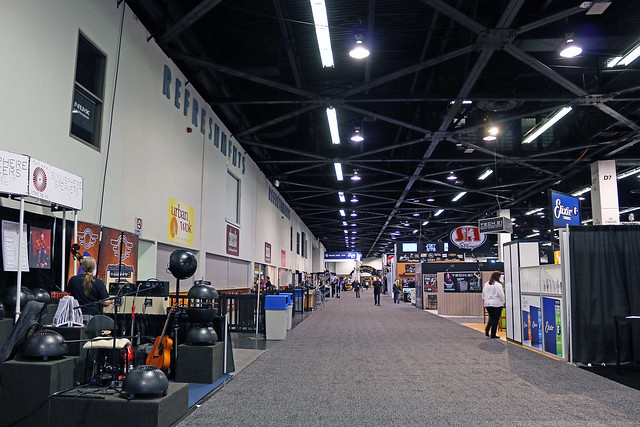 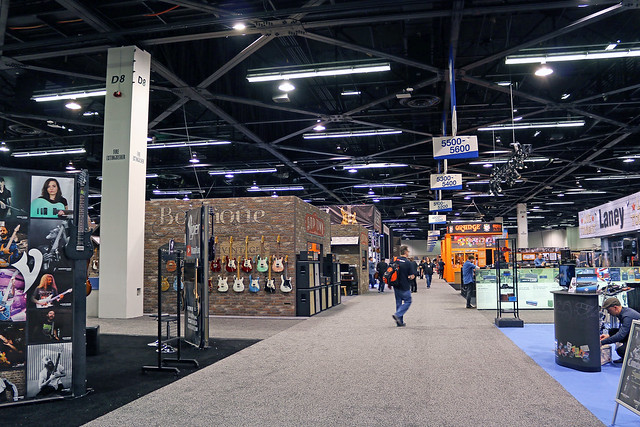 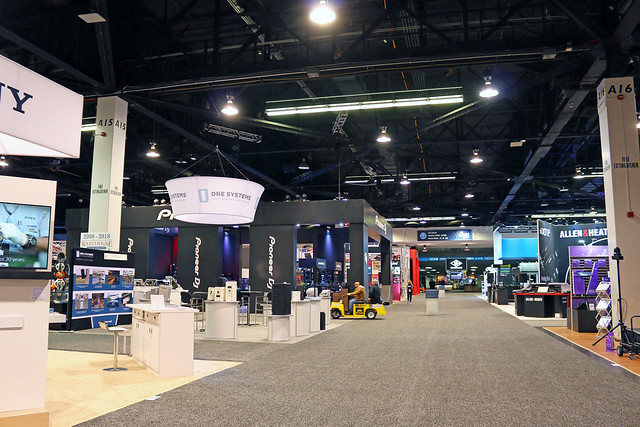 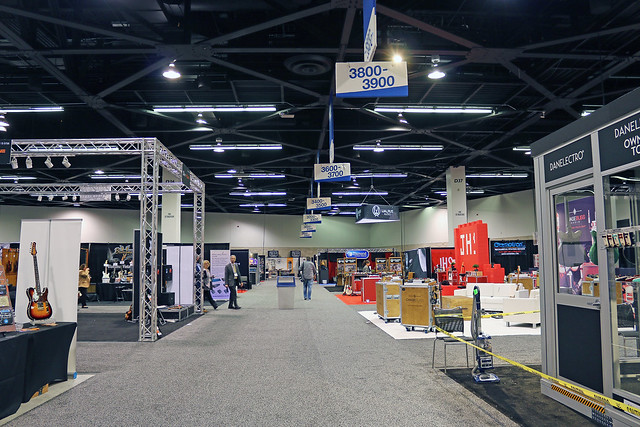 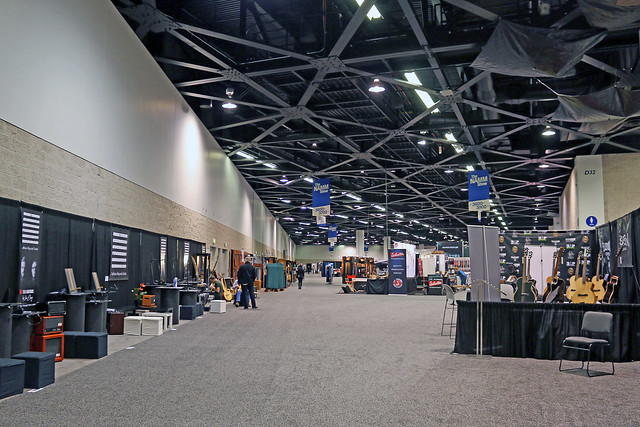 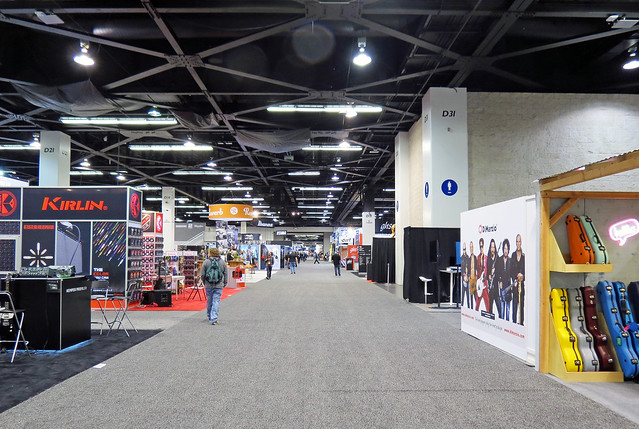 The first wave of attendees has been let in! 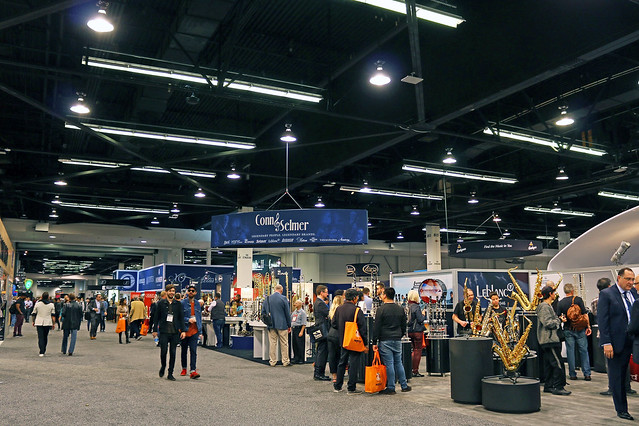 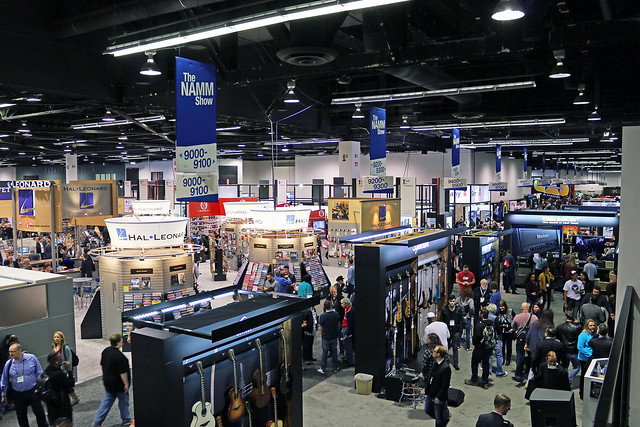 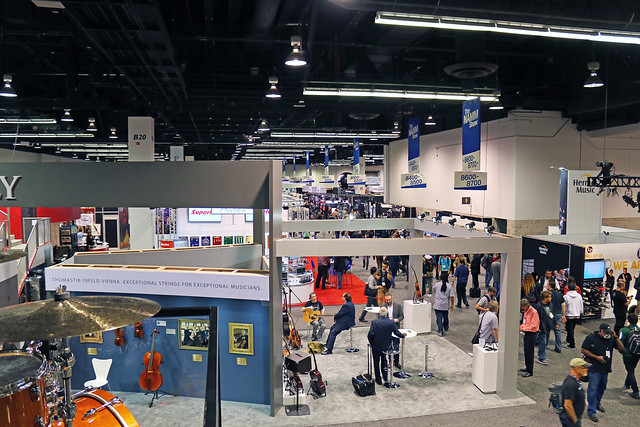 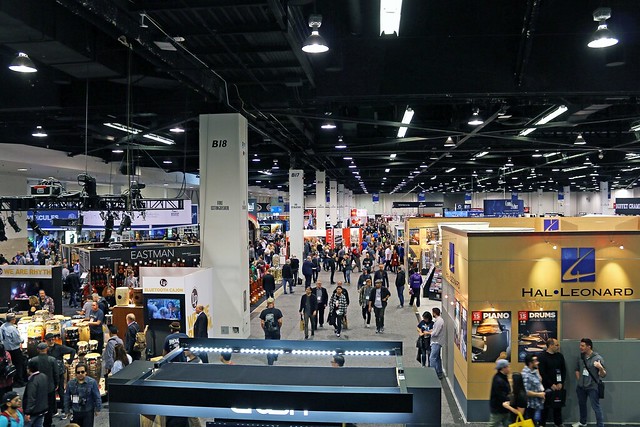 The DJ area was something to behold. 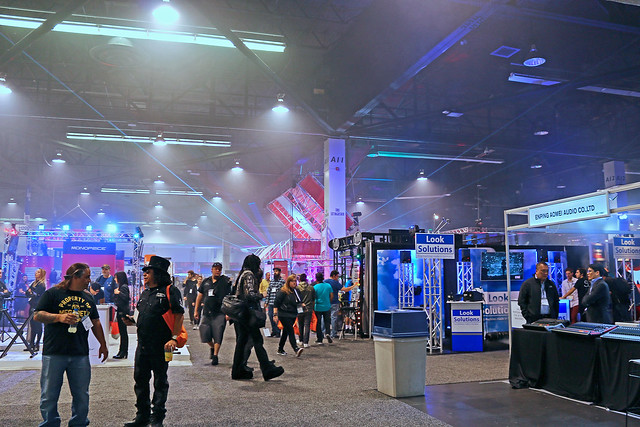 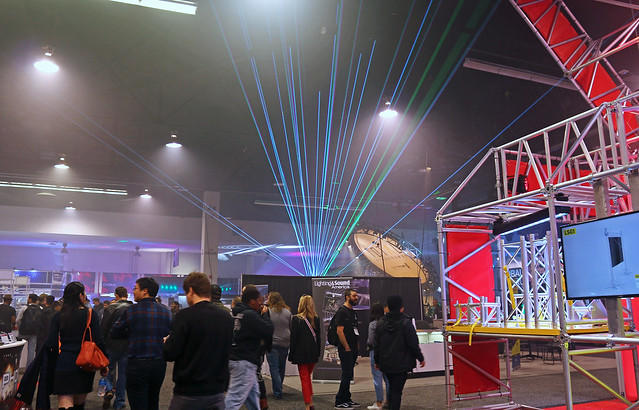 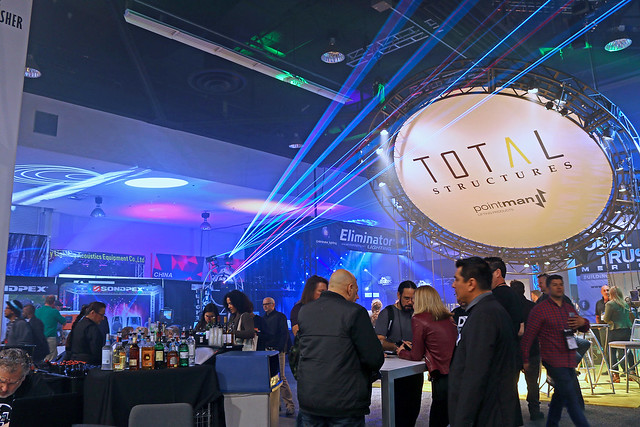 Imagine having access to either of the following effects for your pub gig. 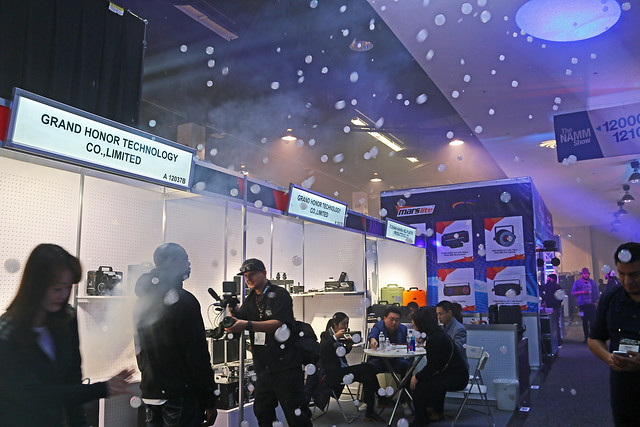 Artificial smoke – LOTS of it. On second thoughts, not recommended for your local – it will trigger their smoke alarm and make your band very unpopular indeed. 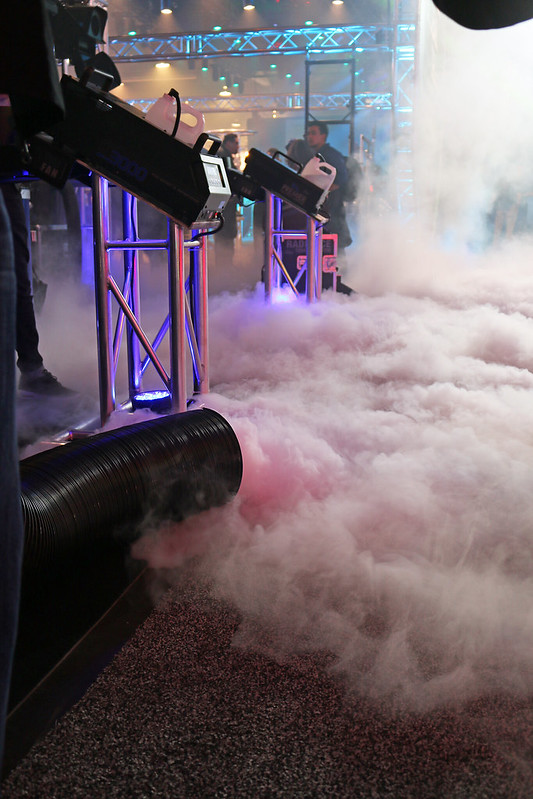 It’s now time to give the gear booths a closer look – stay tuned for Part 3.

I only started playing bass later in life, and I have chosen to do it just for my own enjoyment, without joining a band or playing live.
I am a contributor to Bass Guitar Magazine and Bass Player Magazine, and a moderator on Basschat, Europe’s largest online discussion forum for electric and double bass players.